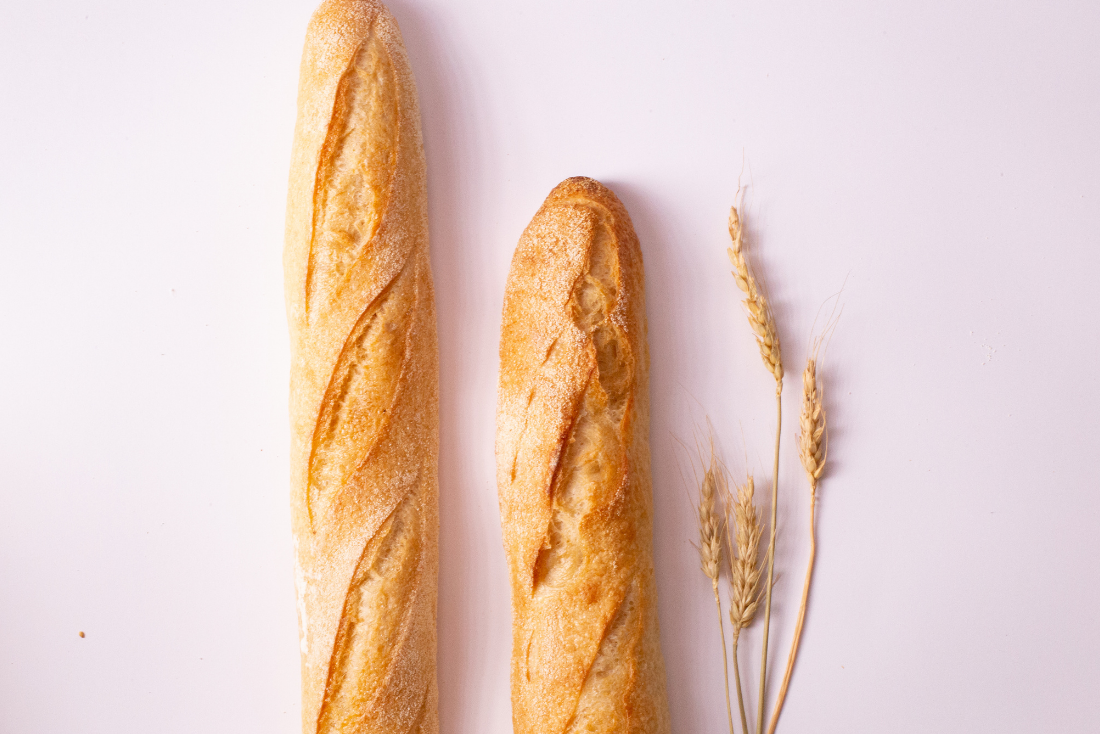 Do you feel bad for eating carbs? You shouldn’t! Carbohydrates are a macronutrient needed for optimal energy. Unfortunately, diets create confusion and false messaging around carbs. It’s time to get to the bottom of nutrition fads vs. facts as it relates to carbs! 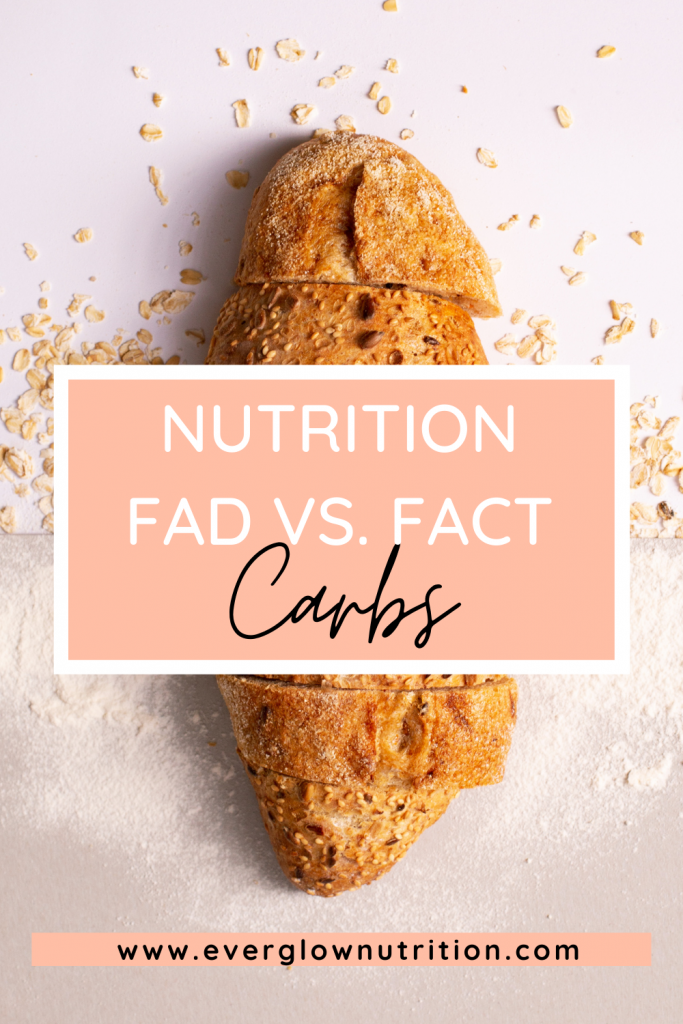 Carbs, short for carbohydrates, are one of the main macronutrients. The others are protein and fat. Each of the macronutrients are important because each fuel the body differently.

Carbohydrates are the body’s primary source of energy. The brain uses 120 g of carbohydrates daily, which is approximately 8 slices of bread! If you’ve followed a low-carb diet in the past, chances are you felt a dip in energy due to lack of carbohydrates.

You see? Carbs go beyond just bread and pasta.

Examples of complex carbs include:

Examples of simple carbs include:

Fruits, vegetables, and milk products also come packed with vitamins and minerals. Furthermore, no food has moral virtue, which is why I recommend removing labels such as “good” and “bad” to describe food in the first place.

Fact: Complex carbs take longer to digest than simple carbs, but that doesn’t mean simple carbs are bad. Remove the labels “good” and “bad” to describe food because food does not have moral virtue.

The Dietary Guidelines for Americans recommends making half of grain choices whole grain. But that doesn’t mean white grains are bad for you. Sure, whole-grains naturally contain more fiber, vitamins and minerals as compared to white refined grains. But many refined grains are enriched, which means B vitamins and certain minerals are added back after processing.

Other white foods that contain carbohydrates include:

You wouldn’t call cauliflower unhealthy, would you? But it’s a white food that contains carbs.

The white potato gets a bad rap, which is unfortunate. Potatoes contain potassium, vitamin C, and some fiber when the skin is eaten. Another example: Greek yogurt. It contains carbohydrates from the sugars naturally found in milk. It’s rich in protein and probiotics – good for a healthy gut!

Fact: Just because a carbohydrate falls under the “white” category does not mean it contains zero nutrition. In fact, there are many “white”’ foods with nutritional value.

Do you feel guilty eating late in the evening? Even worse if you eat carbs? Many of my clients come to me feeling like they can’t eat carbs at night because they won’t have enough time to “burn” them off.

There’s no evidence whatsoever that your body stops processing carbs after a certain time. Your metabolism is working 24/7…even when you are at rest.

Also, there are many carb foods that are beneficial to eat before bed. Remember Greek yogurt from the previous example? Dairy foods, like yogurt, contain melatonin, a key hormone for regulating sleep. Tart cherries are another carbohydrate food that also contain melatonin, beneficial for better quality sleep.

Lastly, carbs are easier to digest than fats and protein. So if you want a light snack that’s easily digestible before bed, carbs are perfect for that!

Fact: Your body continues to digest carbohydrates, even at night. Carbs are an easy to digest food when looking for a bedtime snack.

The Bottom Line on Carbs

Your body and brain needs carbs, just like it needs protein and fat.

What nutrition fads or trends do you have questions about? Email me at rachel@everglownutrition.com, and I will include your request in upcoming fad vs. fact articles! 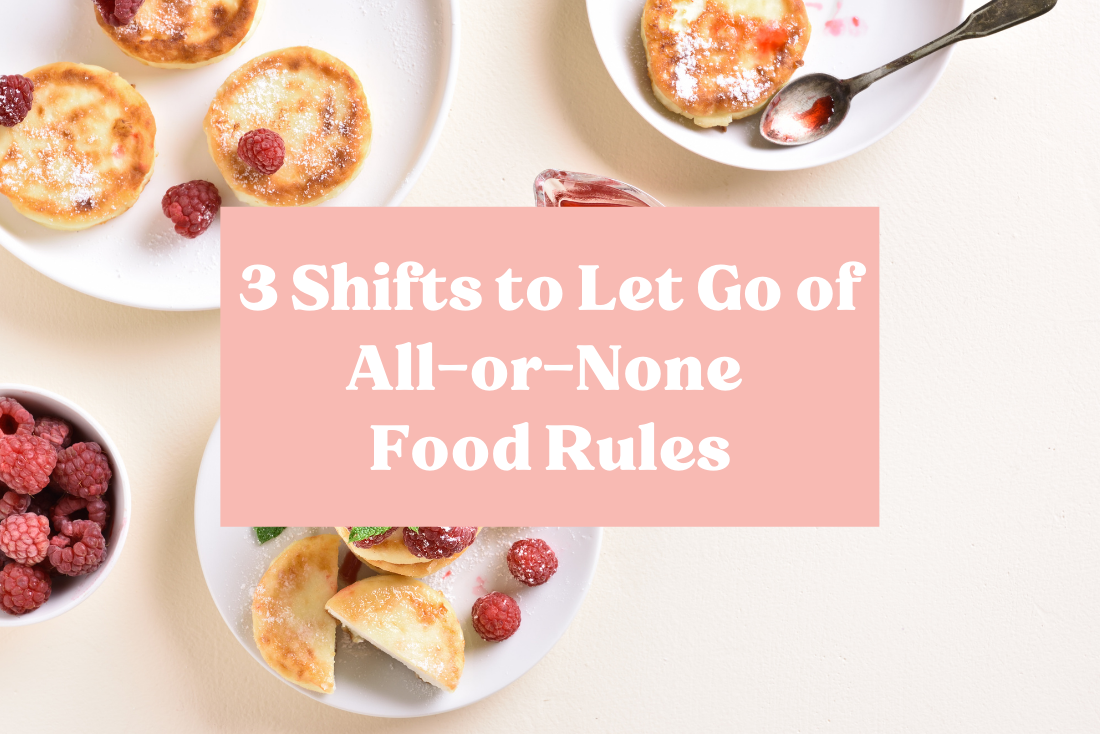 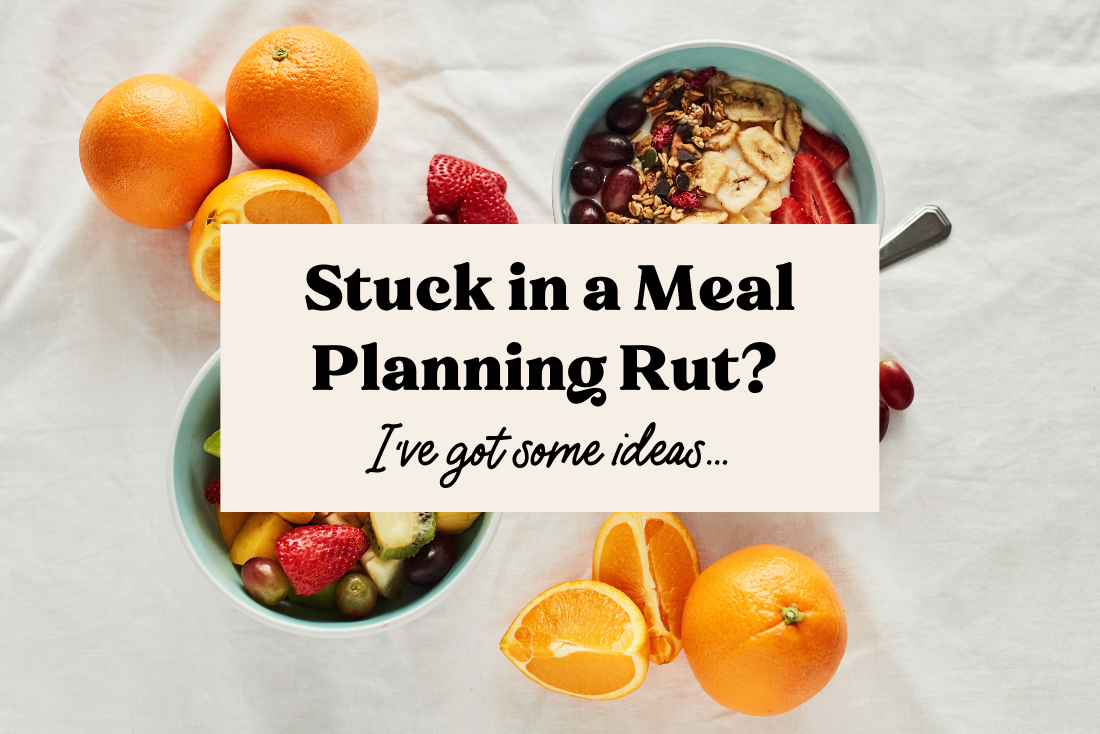 Stuck in a Meal Planning Rut? I Got Some Ideas 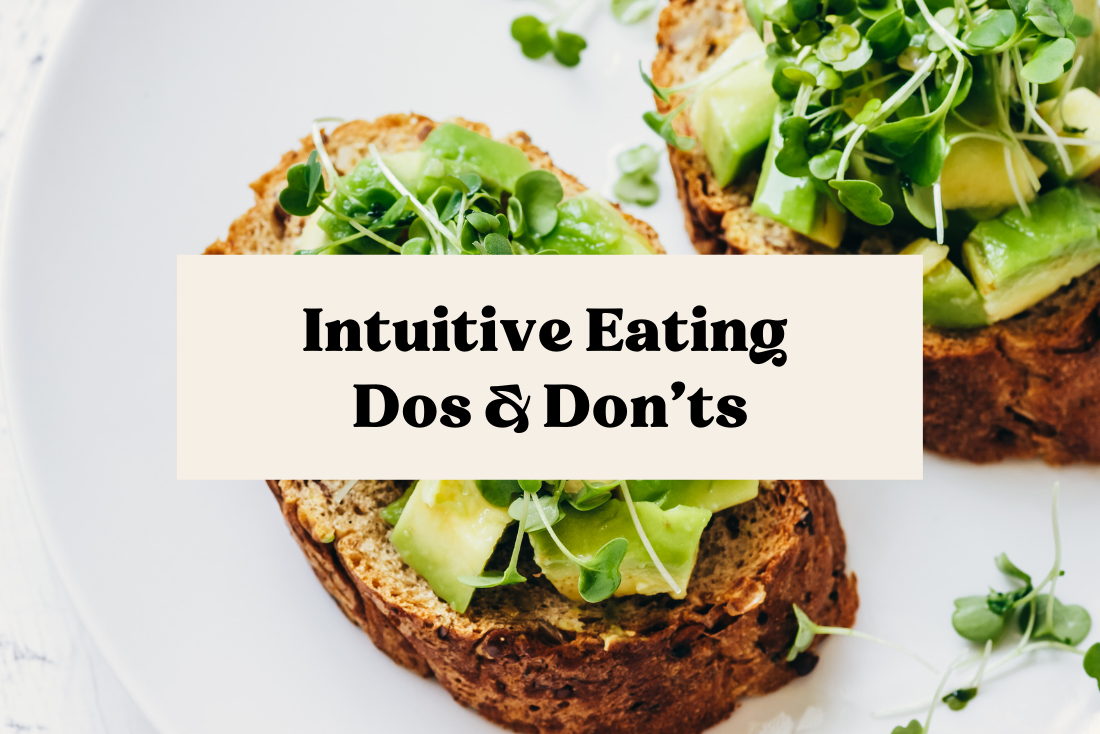 Intuitive Eating Dos & Don’ts: According to a Registered Dietitian 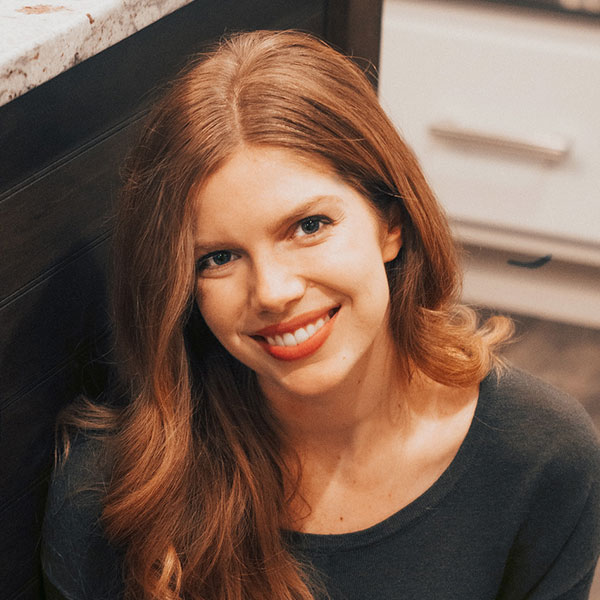